Share a memory
Obituary & Services
Tribute Wall
Read more about the life story of Alice and share your memory.

Alice M. Perl, age 93 of Massillon, passed away December 31, 2022, with her family at her side.
She was born August 6, 1929, in Canton, the daughter of the late  Paul and Mary (Ondrejko) Novak.
Alice was a secretary and had worked for Wright Patterson Air Force Base and the former Republic Steel Corporation.
She was a member of St. Mary Catholic Church and Rosary Altar Society.   She was an active volunteer, including initiating the donut program, the Yankee Peddler booths, serving on the board of the PTO, and organizing parish picnics.  For the Knights of Columbus, she was a member of Columbian Ladies Guild and contributed to the hot lunch program, bingo, and Night at the Races.  She was very active with her church community.
Alice is survived by daughters, Mary Anne Wells, Rosemary (Rob Rutkowski) Perl; sons, Edward (Anne Scheck) Perl, Robert Perl, Thomas Perl; brother, Edward Novak; seven grandchildren; and six great-grandchildren.
She was preceded in death by her husband, John Perl, who died in 2005.
Mass of Christian Burial will be held on Friday, January 6, 2022 at 10:30 A.M. at St. Mary's Catholic Church in Massillon with The Very Rev. Canon Matthew Mankowski, celebrant.
Visitation will be held on Thursday, January 5, 2022 from 6 P.M. to 8 P.M. at Heitger Funeral Home - Jackson Chapel, 5850 Wales Ave. N.W., Massillon; and morning visitation on Friday from 9:30 to 10:30 A.M. at the church prior to the Mass.
Burial to follow the Mass at Calvary Cemetery in Massillon.
Condolences to the family may be made here on our tribute wall.
Heitger Funeral Home - Jackson Chapel  330-830-0148

To send flowers to the family or plant a tree in memory of Alice Mary (Novak) Perl, please visit our floral store. 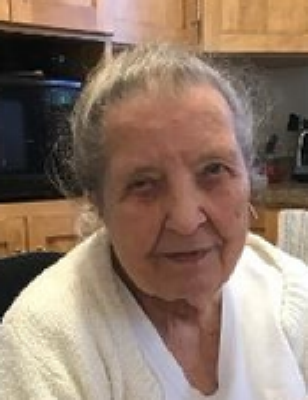