Share a memory
Obituary & Services
Tribute Wall
Read more about the life story of Raymond and share your memory.

He proudly served in the U.S. Coast Guard from 1963 to 1967.
Raymond retired from the former Republic Steel Corporation.
He was a member of St. Mary's Catholic Church.  He was inducted into the Stark County Slow Pitch Hall of Fame as a player, coach, manager and umpire in 2002, and was awarded the Lifetime Achievement Award.  He was currently president of the Greater Canton Amateur Sports Hall of Fame serving since 2009.  He played softball for over 40 years.  He was an avid hunter and stand up comedian.  He loved playing cards with family.  His greatest joy was attending his grandchildren's sporting events.
Raymond is survived by his wife of 51 years, Joan (McCullough) Braucher; daughters, Tiffany Braucher (Jason McKelley) and Renee Braucher Kring (Russ Kring); sisters, Claudia Matchey, Marg Ondo, Ruth Self, Babs Kleinhenz, Jeannette Wolfe; brothers, Gary Braucher, Dale Braucher; grandchildren, Gabrielle Kring, Christian Kring, Marella Smith, and Meigan Smith, and many other extended family.
He was preceded in death by his brother, Daniel Braucher and sister, Madeline DeLong.
Calling hours will be held on Sunday, January 8, 2023 from 2 PM to 4 PM and from 6 PM to 8 PM at Heitger Funeral Home - Jackson Chapel, 5850 Wales Ave. N.W., Massillon.
Funeral service will be held on Monday, January 9, 2023 at 1 P.M. at Heitger Funeral Home - Jackson Chapel.
Burial with military honors to follow the service in Rose Hill Memorial Gardens.
In lieu of flowers donations may be made to St. Jude's Children's Foundation or Wounded Warrior Project.
The family would like to thank the two individuals (angels) who stopped and performed CPR until his ambulance arrived.
Condolences to the family may be made here on our tribute wall.
Heitger Funeral Home and Crematory - Jackson  Chapel 330-830-0148

To send flowers to the family or plant a tree in memory of Raymond A. Braucher, please visit our floral store. 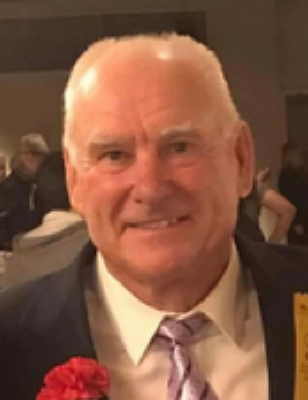